Since its founding in 2010, Coupang has established offices throughout Asia and North America, including in Mountain View, Seattle, Tokyo, Taipei, Hong Kong, Beijing, Seoul, Shanghai, Shenzhen, and Yanji. At all our global offices, we continue to employ diverse talent from all backgrounds. In the Coupang Global Office Tour series, we will introduce each of our regional offices and the dedicated Team they comprise.

Coupang opened an office in 2014 in Silicon Valley’s Menlo Park, and later relocated to Mountain View. The Mountain View office has been playing a crucial role in enhancing Coupang's overall engineering competence as a talent hub for Silicon Valley.
Over Zoom, the Newsroom team met Sunkyung Valle, who has been with Coupang since the early days of the U.S. office. She is in charge of U.S. HRBP (HR business partners).

Hello, Sunkyung. Can you please give a brief introduction to Coupang U.S. offices?

Yes, hello. We have three offices in the United States.

The Mountain View Office was founded in 2014 and it currently has hundreds of employees. Most of the team is working in tech, and one of their main strengths is Search & Discovery.

The Riverside site is a logistics center, and it is located near Los Angeles in southern California. Just like our Silicon Valley office, it opened in 2014. Currently, we have several hundred employees in Riverside.

The Seattle office in Washington opened in 2015. Right now, there are several hundred people there. Like in the Mountain View office, many are tech professionals. For example, one of the teams there is the Coupang Media Group, who deal with advertising tech. Part of the Rocket Jikgu (cross-border commerce) team is also stationed in Seattle. Additionally, the Seattle office serves as our global headquarters.

What was it like in the early days of the U.S. office?

When I joined Coupang in 2014, there were only dozens of people and we used a small space. Our first office was in the Menlo Park area, with Facebook nearby. Back then, we were really like a venture startup. Everyone was a tech engineer except me. I was in charge of HR, administration, and everything else.

At that time, there was only one meeting room that we could use, so I remember using an outdoor table sometimes when I was interviewing job applicants. I had no idea our company would grow this big. But I liked its vision, so I joined.

How many Korean employees were there in the beginning?

There were three, including myself, who could speak Korean. Coupang's vision for the U.S. office was to recruit the world's best talent. To bring in the best talent, we thought we should have a presence in Silicon Valley no matter how small the office because that’s where some of the best people are. Nationality was not our concern.

We scaled up rapidly. For the first two years or so, I did a lot of work laying the physical foundation of the offices, working with real estate agents, and buying furniture. We moved from the small office in Menlo Park to the Palo Alto office, which was bigger, then to the current Mountain View office.

The same goes for the Seattle office. It started in a WeWork shared office in 2015. We set up our own office space in 2018. I participated in that process, too. After setting up the physical office spaces over two to three years, I devoted myself to HR affairs, which is about establishing recruitment pipelines and systems to maintain talent.

The Mountain View office is next to prominent companies such as Google, Facebook (Meta), and Samsung. The same goes for the Seattle office. We are in a hiring competition with firms like Amazon there.

If we look at the big picture, I would say that the U.S. offices have Coupang’s global organization as our customers. We are trying to “Wow” everyone working at Coupang by securing the best talent.

Inside the Mountain View office

What do you tell the people who are interested in working at Coupang?

We tell them that our vision is to change the future of e-commerce. And we tell them how important tech is to achieve that goal.

How do you recruit and maintain talent?

There are many ways to do that, but two achievements that we made in around 2017 and 2018 come to my mind.

The second most memorable achievement for me was securing the approval of the Blanket L1 program from the U.S. Immigration Department. The L1 program allows companies to dispatch employees from overseas to the United States with ease. It's typically much easier and faster than employees getting their work visa approved individually. As a global company, it’s nice that internal transfers have become easier. We had to file a lot of paperwork, but it was a really rewarding experience. When employees can move around different offices, they can raise the overall tech level of the organization.

What was the most challenging experience you had?

It was COVID-19, without a doubt. It must have been hard for everyone all over the world, but it was also a difficult time for us because we care the most about our employees’ health and safety. In the worst scenario, we could have had to stop the operation of the fulfillment center. So, we organized a task force to check for and respond to COVID-19 infections every day, and it was particularly challenging during times such as Christmas and Thanksgiving, when the infection numbers spiked nationwide. But at the same time, the company did the IPO (initial public offering) during the pandemic, which was a really happy moment for me. There are a lot of great companies here in Silicon Valley, but not all of them can go all the way to the IPO.

Was the IPO your favorite memory?

The IPO was surely a happy moment, but I think I feel a more fundamental sense of joy while working with good, talented people. Where else could I have worked with such people who are among the top global talent in their field? I really appreciate that I get to work with such talented colleagues, and I learn a lot from them and grow together with them. When I work with good leaders, I feel like I can also see the vision that they see.

Is there anything you wished had been different?

As you know, work-from-home (WFH) has expanded since COVID-19. Previously, we had organized a number of events that increased the sense of belonging. One of them was the table tennis tournament. The Mountain View office and the Seattle office each held a year-long tournament, and the winners played the final match once a year. The competition was unbelievably fierce. There were many people who trained like professional table tennis players. I hope COVID-19 will end soon and we can meet in these events again.

Last question. There are many startup companies in Korea that want to grow into a global organization like Coupang. Do you have any advice?

That's an interesting question. I don't know if I'm in a position to give advice, but I'll share my personal thoughts. I think Korean companies should do more localization in order to become more globalized. Let me explain more.

Before I joined Coupang, I had worked in the U.S. branches of a couple Korean conglomerates as well as a branch of a famous Korean tech company. Korean conglomerates usually dispatch managers from Korea, and those expatriates give instructions to locally hired employees. There's a wall between these two groups. The expatriates tend to treat the local hires as temporary workers, not as their colleagues. It was the same for the tech company.

Coupang isn't like that. Our DNA has been global from the start, and we didn't discriminate based on people’s nationality or background. Coupang only seeks to have the best talent for each position, in any office and any region. The same goes for the United States and Korea. Isn’t this the only way to be successful on the global stage as well as on the local stage? I hope that’s helpful. 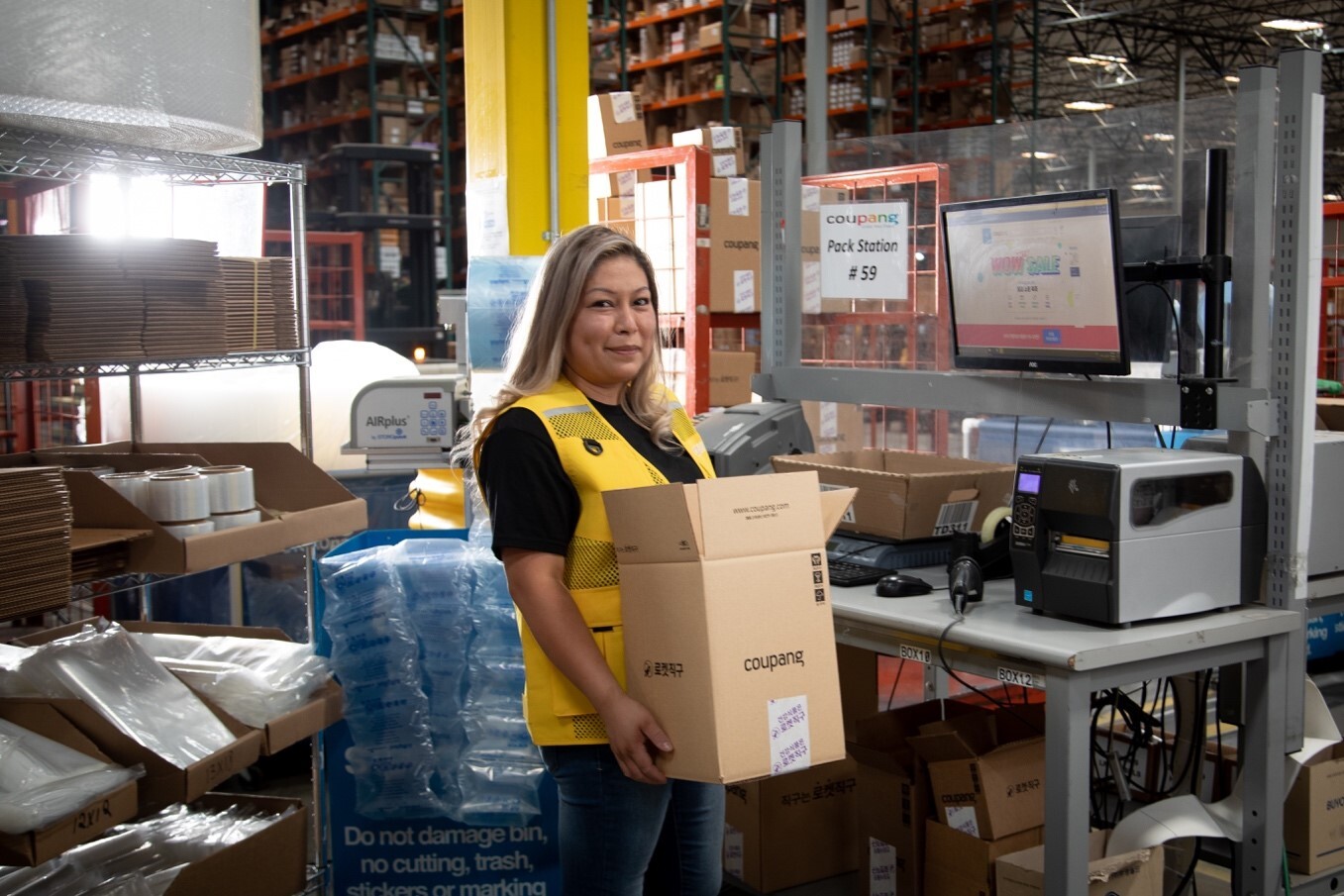